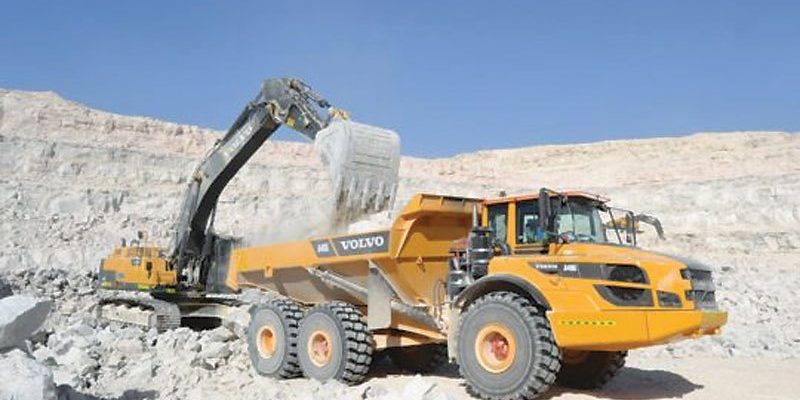 Minerals Development Oman (MDO), the Sultanate’s mining investment flagship, plans to set up the country’s first Industrial Minerals Block at Shaleem in Dhofar Governorate.Covering an area of an estimated 3,000 sq kilometres, the Shaleem Minerals Block will also be biggest mining venture of its kind in the Sultanate, potentially yielding copious quantities of gypsum, dolomite, limestone and attapulgite for downstream processing plants planned in the Special Economic Zone (SEZ) at Duqm, according to an official of the wholly government-owned entity.

Fahad al Adi, Head of Corporate Support – MDO, said the company is working closely with the Public Authority for Mining (PAM) – the sector regulator – to obtain the requisite permits and approvals to unlock the “promising” mineral potential of the Block. Speaking at the OER Business Summit 2019, which was held at Sheraton Oman Hotel yesterday, Al Adi said the sprawling Shaleem Block has the potential to generate raw materials for a range of downstream and value-add industrial projects.

Mineral commodities from the Block can drive investments in lime and dolime (dolomitic limestone) processing, magnesium metal production, steel industries, and even medical products, he said.

However, given the relatively underdeveloped nature of this remote location, accessing and developing these resources pose potential logistics challenges that MDO is working to address in collaboration with PAM and other government stakeholders, said Al Adi. “We are working with the government to find different transport and logistics solutions to resolve this challenge, including the Mineral Rail project, which is part of the government’s (vision), as well as the possibility of a (jetty) at Shaleem or Shuwaymiyah from where the commodities can be transferred to the Port of Duqm for downstream processing. We believe this initiative will add great value to the mining industry.”Established in 2016, MDO is as a partnership of the State General Reserve Fund (SGRF), with a 50 per cent shareholding, and Oman Investment Fund (OIF) with 25 per cent, and Oman National Investments Development Company (TANMIA). 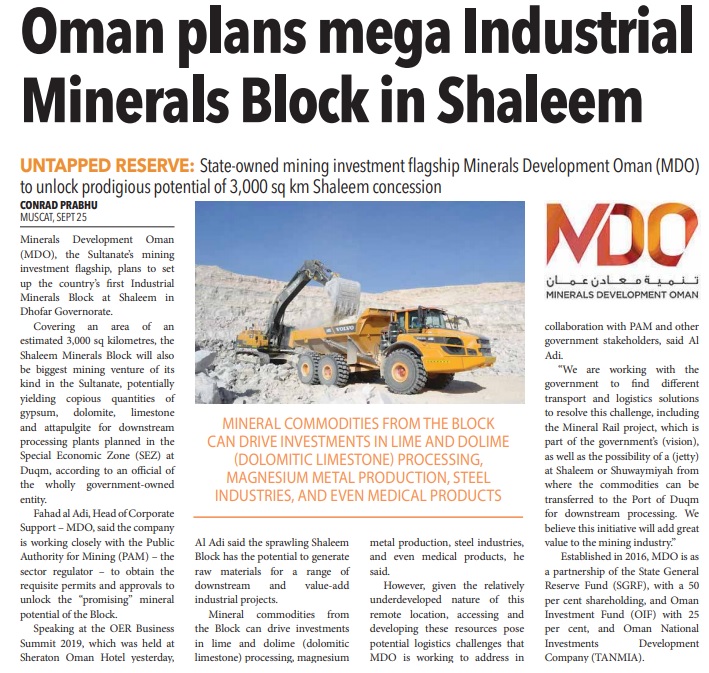